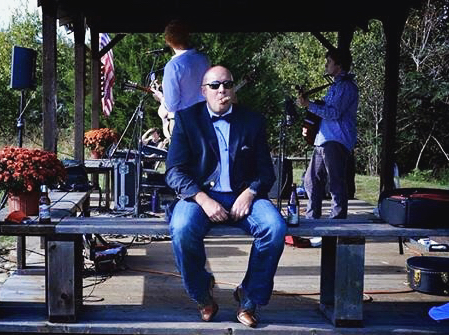 It has been a sad couple of days. Last Thursday, one of my favorite people in the industry and in life, Jamey Masingill, lost his battle with ALS (amyotrophic lateral sclerosis; also known as Lou Gehrig’s disease).

Many of us at Rising and throughout the workers’ compensation community worked with Jamey over the years. Anyone who had the opportunity will surely remember his quick wit and his contagious, often mischievous, smile.  It was nearly impossible to be in a bad mood around Jamey.

His leadership style, with his peers, team and partners, was amazing.  He had this ability to see and inspire the best in people.  He was always fair and even keeled, rarely sweating the small stuff. As a leader, Jamey would set the overall objectives and consistently expect and encourage people to achieve more than they thought they ever could.  More often than not, they achieved those goals.  I’ve personally watched so many people who’ve worked with Jamey blossom over the years.

We accomplished a lot professionally together, and had a ton of fun doing it. More than that, he became a friend. Some of my favorite memories in life will involve Jamey in some way.

He leaves behind an amazing family that he was very proud of and in love with. His devoted wife, who also became a dear friend, his daughter who attends law school in DC, and his son who is entering college this fall. I cannot imagine what they are going through, but they are all very fortunate to have had each other for the time they did.

Jamey left this world the way he would have wanted to, surrounded by family and friends in a beautiful Caribbean location.

He was one of the good ones. The world is a little less bright without him.

May you rest in peace, Jamey Masingill. You will be missed more than you know.