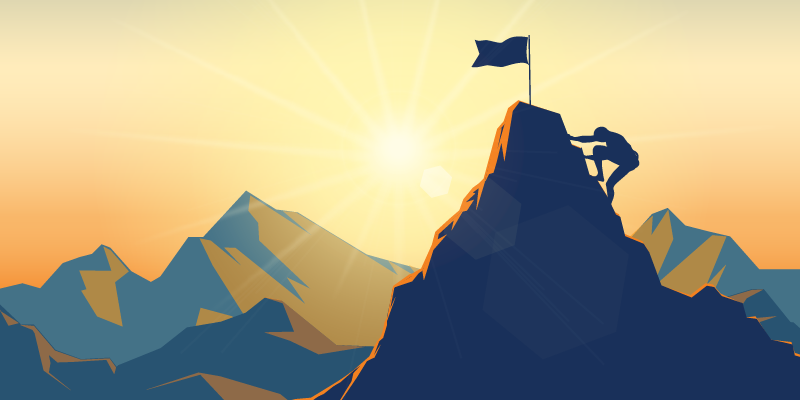 What is the path to personal peak performance in workers’ compensation claims?

In his hit book Outliers: The Story of Success, pop psych author Malcolm Gladwell popularized a concept known as the “10,000 hour rule.” Examining multiple studies conducted largely by academics, Gladwell predicts that through 10,000 hours of practice, an individual can become a master in a field.

So what is the prescription for becoming expert in workers’ compensation claims adjusting? For if claim outcomes and core competencies are to improve industrywide, it is only logical that greater proficiency on the part of the individual claims adjuster contributes to these improvements.

Five years of extensive claims leader polling by the Workers’ Compensation Benchmarking Study shows the industry has a keen interest in how well organizations are cultivating claims talent and how individual adjusters evolve from good, to proficient, to masterful.

To be sure, hundreds of business books, if not thousands, tell readers how to improve job performance. About the same number tell readers how to improve effectiveness in their personal “inner game” (in fact, one book studied the inner game of tennis as a template for business success). Not one of these books, we can safely guess, use claims professionals in their case studies.

But one well-known performance improvement concept, called “deliberate practice,” is pertinent to workers’ comp. Malcom Gladwell retailed this concept as the 10,000 hour rule, so we took a deeper look at the studies Gladwell summarized. In particular, Gladwell drew on Florida State University’s Anders Ericsson, a top academic who authored Peak: Secrets from The New Science of Expertise.

The concept of “deliberate practice” effectively explains why many claims professionals grow to peak performance, and also why many do not.

What we found is that the deliberate practice concept effectively explains why many claims professionals grow to peak performance, and also why many do not. Applying it to workers’ compensation first takes noting what many claims leaders say are three key requirements for true mastery, and then noting how the industry is facilitating mastery amongst its talent.

Big picture perspective. At a claim’s outset, the adjuster is uniquely appointed to visualize and predict how the claim will resolve, and then adapt their strategy as new information emerges. Absent an understanding of the entire claim scope, an adjuster cannot lead, they can only follow. Nancy Germond, who trains claims adjusters, notes, “Too many adjusters fail to develop a plan to move the claim forward or they make decisions without determining how they will impact the claim strategically.” Critical thinking training is provided by 32 percent of claims organizations observes the Benchmarking Study[ii].

Absent an understanding of the entire claim scope,
an adjuster cannot lead, they can only follow.

Career-long learning & persistent improvement. Proficiency in claims grows only if the adjuster actively seeks to improve over time, not just do the same over time. A 20-year claims veteran whose efficiency has increased but whose technique hasn’t evolved in 15 years has, in fact, fallen in performance. Mastery requires a constant curiosity for learning and commitment to improvement. When pianist and conductor great Skitch Henderson was asked in his old age when he’d stop practicing his daily scales, “When I get it right,” he said. Overall, ongoing training and development programs for senior adjusters is conducted in 47 percent of claims organizations and, of those, organizations with the highest rates of conducting career-long training also have better claims closure ratios (Figure 1)[iii].

The next step is outlining how deliberate practice can inform claims leaders’ specific strategies for achieving peak performance from their teams.

Academics assert Gladwell over-simplified deliberate practice research findings. They say 10,000 hours, or any number of years, of practice alone will not equate to mastery. Practice must follow certain principles for it to prove effective. According to Ericsson, failure to adhere to these principles is why Benjamin Franklin’s writing greatly improved but his chess game never did despite playing frequently with chess masters.

1. Learning Requires Risk Taking
First, career-long learning involves honing key tasks for which there is a risk of failure or underperformance, with serious consequences to the claim’s outcome. Communication skills and a clear grasp of claim scope are key foundational competencies. They come into play in specific (if not all) tasks, such as initial claim assessment and determining settlement strategy.

Career-long learning involves honing key tasks for which there is a risk of failure or underperformance, with serious consequences to
the claim’s outcome.

Darrell Brown, chief claims officer at Sedgwick, describes the challenges of settling a claim. “If you look at it only as a set of tasks, that’s all it will be. You lose perspective.” Adjusters may meet minimum requirements this way, yet not successfully manage the claim.

Brown says the adjuster must put herself in the injured worker’s shoes, which are the shoes of someone who is under low to severe levels of stress. One of the goals in staff development is improving negotiation skills with this distressed population. “You work closely with the examiner, discussing best and worst-case scenarios, and how to pitch what is a good and fair settlement. You can listen in on the calls, and give them feedback afterwards,” he says.

2. Role Play Surpasses Sharing War Stories
Second, time is devoted to “offline” learning when adjusters are not directly engaged with an injured worker, employer, healthcare professional, or lawyer. Offline learning is a fundamental element in deliberate practice. Benjamin Franklin learned how to write by analyzing the best writers of the time and diligently imitating their style. Psychotherapists improve by reviewing videos of actual sessions with clinical supervisors.

Denise Algire, director of risk initiatives and national medical director for Albertsons Companies, says “very few claims organizations take advantage of a really inexpensive tool, which is scenario-based learning.” She brings staff together to work through a challenging scenario, with participants coaching one another.

A good example of simulation-based training for adjusters is communication with case managers and defense counsel, being clear about what is being requested, and also in going over their reports. Sharing anecdotal war stories, experts note, does not work to improve practice.

Another example involves building up “claims advocacy” skills (often referred to as “soft skills”) that are employee-centric and focus on removing barriers to recovery. The Benchmarking Study overwhelmingly shows that organizations who focus on soft skills adjuster training have better outcomes than organizations who do not (Table 1) [iiii]. Again, scenario-based training can sharpen an adjuster’s skills in anticipating and acting on the practical concerns of the injured worker, for instance in coping with a temporary life disruption when future recovery might be hard to visualize.

Table 1. Survey Question: Does your organization include any of the following skills training for frontline claims professionals? Select all that apply. [572 responses]

3. You Can’t Improve What You Don’t Measure
Third is establishing a performance measurement system so adjusters can see if they are improving or not. Participants in the Benchmarking Study have often noted the importance of aligning what we say is important to what we actually measure. Algire says the performance system should not just measure the claims payer’s financial results, it should also measure the injured worker’s outcomes. The Benchmarking Study found that of those organizations who’ve adopted an advocacy-based claims model, higher performers are more likely to measure employee-centric metrics, such as injured worker satisfaction and speed to reach a decision (versus statutory requirements), than their lower performing peers (Table 2)[v].

Table 2. Survey Question: What measures are you using to determine the effectiveness of your claims advocacy model? Select all that apply. [159 responses]

Dan Holden, manager of corporate risk and insurance for Daimler Trucks North America, says that claims closure ratio is often the only metric shared with adjusters and more in-depth feedback is frequently only given once a year at an annual review. Lack of constant feedback, he thinks, contributes to high staff turnover. Frequent feedback “sends a message that ‘you are worth my time’ and provides a foundation for success.”

4. Distinguish Mentoring from Supervision
Fourth, deliberate practice principles dictate that adjusters need mentoring to become expert. This differs from supervision. The latter is operationally focused, getting the job done with the skills and resources at hand. Mentoring focuses on skill development and even career development. With the knowledge that implementing mentoring techniques within the workplace can benefit businesses, companies are becoming aware that by doing this, this works in favor of having a better trained and an engaged team. It also allows individuals to gain personal support in any sector they are struggling with. This then potentially leads to more productivity. Currently, 31 percent of claims organizations have a formal mentorship program according to the Benchmarking Study and, of those, they are more likely to be high performers [vi].

Consultant Barry Bloom, who has been in workers’ compensation claims for decades and is “still learning,” says supervisors help adjusters with time management and problem solving. However, supervisors may not be very adept at helping adjusters build a strong skill base and goals for career advancement. Adjusters require the attention of someone who focuses on their long-term success. A mentor, Bloom says, might see the adjuster isn’t a very good claims technician but is a good manager, or is a good technician but not a good manager. Mentors can guide adjusters toward their best growth path.

5. The Cultural Code Shift
Finally, an adjuster needs a clear sense of positive claim outcomes. They need to internalize a mental model of what it looks and feels like when she or he is performing well in claims.

Algire says this mental model typically comes with what she calls a “cultural code shift.” This cultural code shifting is vital to claims mastery, she says, and “goes beyond the great technical demands of senior adjusters – whereby they must also be quasi-lawyers and quasi-medical professionals – to having heightened self-awareness, emotional intelligence, and cultural sensitivity.”

“If a claims professional is not self-aware of how they talk and listen to people, how can they adjust their communication style and claims strategy?”

For example, adjusters have to change their dynamic based on the person they are talking to, such as an elderly versus a young person or a stoic versus an effusive person. “If a claims professional is not self-aware of how they talk and listen to people, how can they adjust their communication style and claims strategy?” says Algire. “You can’t go to school for this, but it can be learned over time and with practice and self-awareness.”

Are You Aiming High Enough?

In the recent 2017 Study, the highest percentage of claims leaders surveyed (46 percent) believe adjusters become expert at workers’ compensation claims adjusting within four to six years on the job[vii]. Some we interviewed are surprised by this result, thinking it too low; others are not surprised, thinking it representative of industry perceptions.

What we have learned through our examination of deliberate practice is that it requires more than a sheer volume of hours, days, or years of practice to achieve claims mastery. It also requires skin in the game from adjusters, as well as claims organizations. Finally, we’ve learned higher performing claims organizations are doing more to help adjusters reach peak performance than their lower performing counterparts.

What does deliberate practice mean to the time-pressed claims executive today? It can mean making small but striking adjustments to skill development methods, such as using scenario-based training and introducing mentors. These changes result in greater clarity for frontline staff about how to achieve success over time. It also pays dividends for those already using these principles by contributing to better claim outcomes – a significant ROI for any claims organization, with relatively minimal expense required to get some of these best practices off the ground.

The comprehensive 2017 Workers’ Compensation Benchmarking Study Report will be published later this fall and it will explore additional talent development topics. A copy of that report may be pre-ordered here. 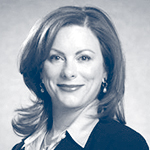 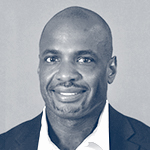 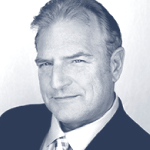 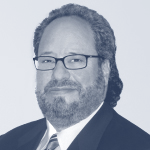 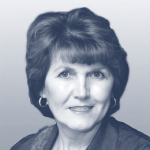